Mandy Rice-Davies, a Welsh showgirl and witness in the Profumo affair, at the press launch of her book The Mandy Report, December 31, 1963. 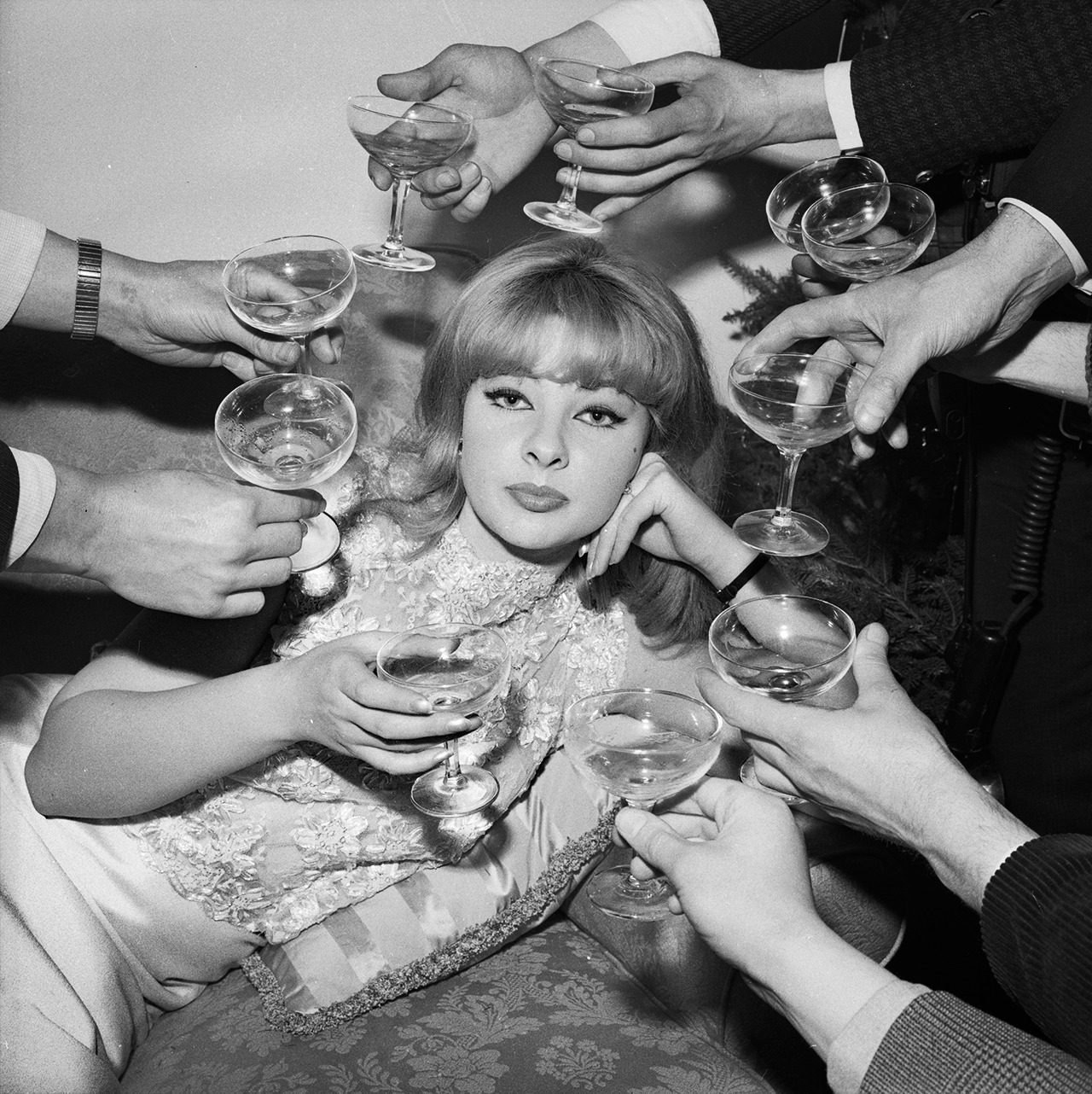 The Profumo affair was a major scandal in twentieth-century British politics.[1] John Profumo, the Secretary of State for War in Harold Macmillan’s Conservative government, had an extramarital affair with 19-year-old model Christine Keeler beginning in 1961. Profumo denied the affair in a statement to the House of Commons, but weeks later a police investigation exposed the truth, proving that Profumo had lied to the House of Commons.[2] The scandal severely damaged the credibility of Macmillan’s government, and Macmillan resigned as Prime Minister in October 1963, citing ill health. Ultimately, the fallout contributed to the Conservative government’s defeat by the Labour Party in the 1964 general election.