In his stop in Hong Kong on his travels through the Asia-Pacific, American playboy Bob Mitchell is unwittingly caught up in international intrigue when he learns that a man named Porter, who he met earlier in his travels in The Philippines, the two who were going to meet for drinks in Hong Kong, was just killed, Inspector Chiao of the Hong Kong police who hand delivers what was Porter’s final message, a handwritten note addressed to Bob with only the words “five golden dragons” which means nothing to Bob. Bob will eventually learn the note was purely a cry for help by Porter if something was to happen to him, Bob also eventually learning the five golden dragons being a crime syndicate cornering the market on gold, each of the five located in a different area of the world, and none of the five who knows the identities of the other four and thus do not fully trust even having been in business together for ten years. Much like what happened to Porter, they, through their hired muscle Gert, are willing to kill to protect their business, which is currently for sale for $50 million, which is where Porter came into the picture. With the help of the police, the case led by William Shakespeare “mis”spouting Commissioner Sanders, Bob has to discover what’s going on to protect himself and his two new friends, beautiful sisters Ingrid and Margret, the latter who knows more than she would like. 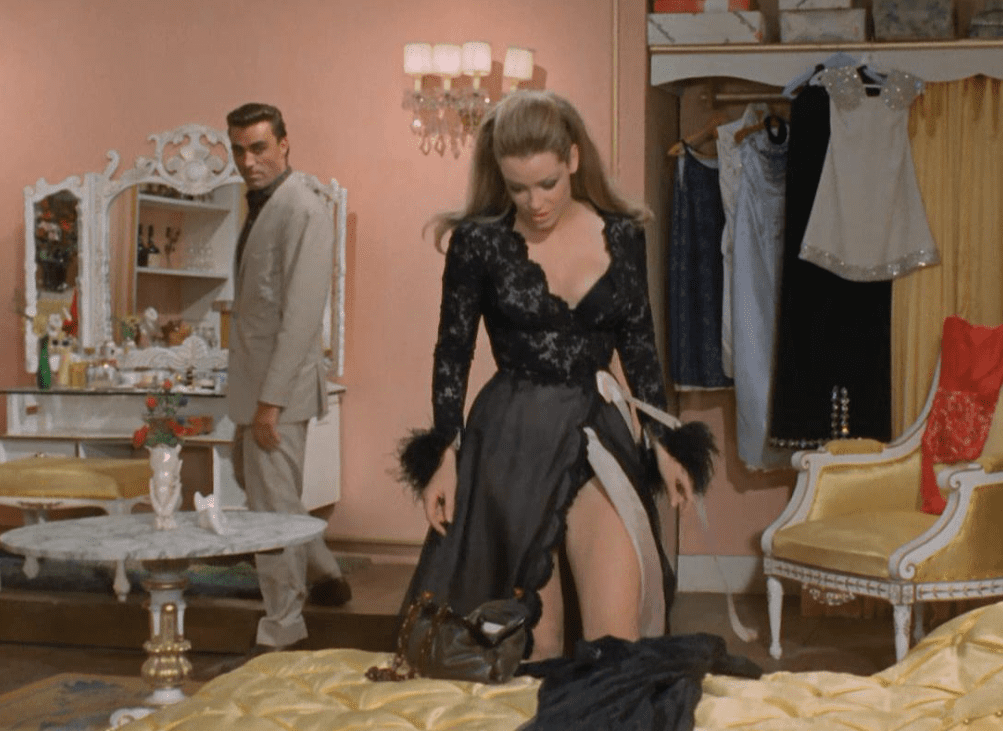